Spectrum of Languages by Hardware Distance

Programming languages (and the ecosystems that surround them) are incredibly interesting. They can be sliced in many different ways based on syntactic similarity, type system similarity, suitedness for various problem domains, and many other attributes.

Below I present an spectrum of various languages, arranged by distance from the underlying hardware1: 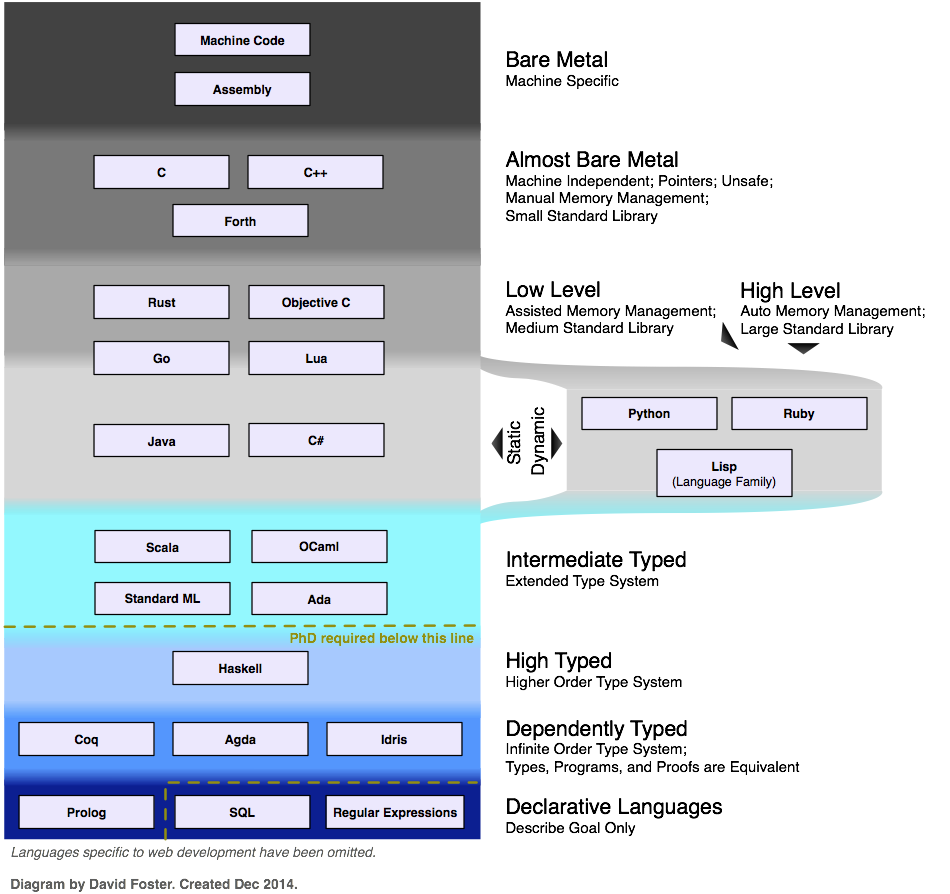 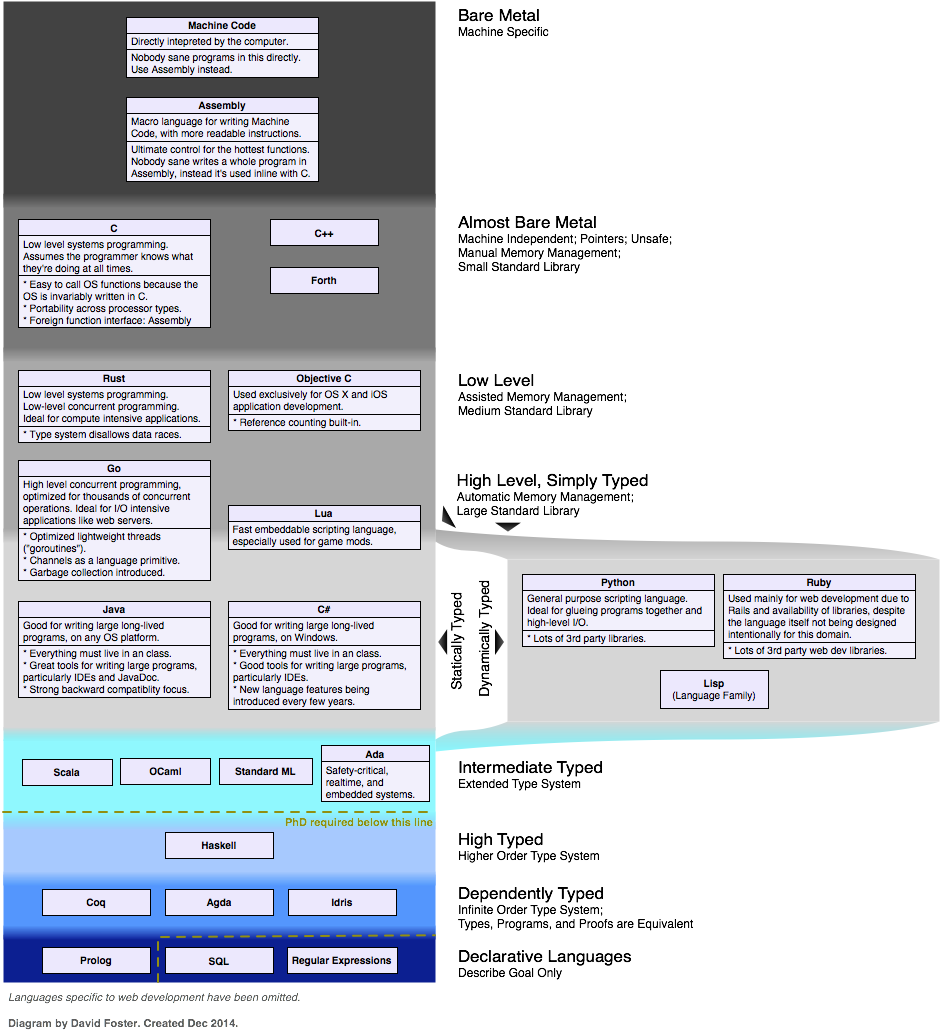 A few interesting patterns become evident in this diagram:

This article is part of the Programming for Perfectionists series.